Using the same contractors to design and build your next project

There was a time when the thought of using the same contractors to design and build a construction project was outrageous.

Those days are over.

The master design-build approach has quickly surpassed the role of an alternative way to complete a project and has become dominant in today’s world. It’s now responsible for nearly half of U.S. nonresidential spending.

The Design-Build Institute of America recently held its 25th-anniversary celebration, in which design-build projects were a primary topic of discussion. It was mentioned at the event that there are only three states that have yet to embrace design-build procurement and delivery for public projects, but their acceptance is soon forthcoming.

To add, spending on these types of projects is estimated to increase by almost 18 percent in the next three years, to equate to roughly $324 billion.

3 Reasons Why Design-Build is Climbing to the Top

So, why is the industry turning to this solution for so many of today’s projects? Several benefits come along with using the same company to both create and carry out the design of a construction project.

Design/Build has been around since the beginning of the construction industry. Galbraith has been following these standards for at least 55 years.

We’re more than happy to offer the design-build process and its extensive benefits to our clients. This capability uses one contractual agreement and one point of responsibility, which means you can rely on our services from beginning to end.

Our design-build approach alleviates anxiety caused by the coordination and interaction of disciplines required to achieve a finished structure. At the same time, we give you the ability to remain as involved as you wish in the construction management for your project.

Contact us today to get started and streamline your next construction project.

As co-owner of Galbraith/Pre-Design, Inc., Mark Galbraith is responsible for the construction of commercial facilities in nine states. Continuing his family’s tradition of commercial and industrial construction in south central Pennsylvania and beyond, Mark’s experience includes site analysis and selection, pre-construction services, field engineering and project management. 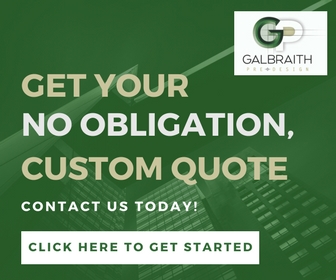